Heat waves aren’t going anywhere. Here’s how we can prepare.

Heat waves aren’t going anywhere. Here’s how we can prepare. 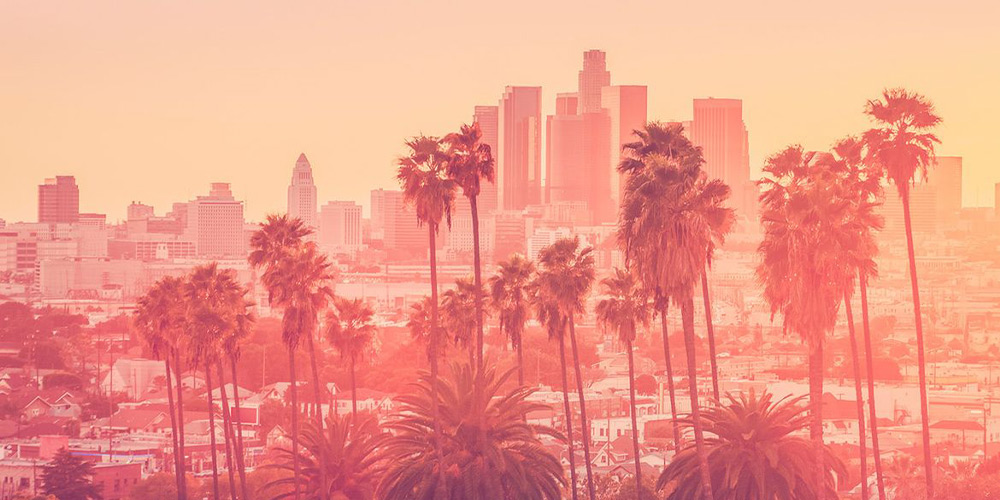 Across the country, thermostats are rising into previously unimagined realms. It’s been a summer of record-setting heat across Europe and the United States, including California. Climatologists don’t expect them to be record highs for long.

“At this point in the state of California, there are some places where just by mid-century we’re expecting about a third of the year to be over 100 degrees. And that’s going to be sort of the new normal,” says V. Kelly Turner, director of urban environment research at the UCLA Luskin Center for Innovation and assistant professor at the UCLA Luskin School of Public Affairs. Turner co-leads a multidisciplinary, Pritzker Family Foundation-funded UCLA project called Heat Resilient L.A.

Turner is focused on the issue of extreme heat, and how we can address the looming crisis.

“Protecting people from extreme heat will require a coordinated and well-researched government approach,” Turner said. “This is especially crucial for advancing equity and reducing the disproportionate effect heat has on people of color and low-income communities.”

Extreme heat, by government definition, is “a period of high heat and humidity with temperatures above 90 degrees for at least two to three days.” If it feels like this is happening more already, it is; studies show that heat waves have been increasing since the 1960s, and that they’re hotter and lasting longer.

The problem is more than a nuisance or inconvenience. As multiple studies have found, extreme heat affects health and well-being in both acute and chronic ways, from premature births to lower test scores, decreases in productivity and increases in violent crime, and increased risk of heatstroke among children and the elderly. The impacts disproportionately affect poor and minority communities.

Humans can only deal with so much heat. When high heat combines with humidity and other factors, the human body has a harder time lowering its own internal temperature through sweat. Without sufficient time to recover from extreme heat, people can face major health issues, including heatstroke and organ failure. Extreme heat claims more lives than any other type of weather event in the United States. It is a silent killer that, if anything, is undercounted.

Where the problem is now — and where we’re heading

To try to understand the thermal burden someone is experiencing, Turner favors a measure of temperature called mean radiant temperature, which factors in heat, humidity, and importantly, heat radiating off of nearby surfaces and direct solar exposure. The temperature in front of a sunny window, for example, is much hotter than it would be in a room facing away from the sun. A cool floor can help bring down the mean radiant temperature, helping someone better cope with heat.

Extreme heat most dramatically affects people in cities, where temperatures can be significantly higher than outlying rural communities. This is a function of how cities — where 80 percent of the U.S. population lives — are built. Surfaces like black asphalt capture and radiate out heat, making hot conditions even hotter in urban regions. They can also keep cities from cooling down at night. City surface temperatures can be 22 degrees Fahrenheit higher than surrounding rural areas overnight, Turner said.

A lack of shade in broad swaths of urban areas adds to the heat burden, making it harder for people to find relief. Shade can make a big difference during extreme heat events — it can change how the human body experiences heat by as much as 50 degrees Fahrenheit, according to Turner’s close colleague and Arizona State University professor Ariane Middel. Places where heat is condensed in cities can often be the places we most want to use; one such area Turner found in a study of Los Angeles neighborhoods, a giant, glowing red spot on a satellite image, was a middle school, where artificial turf had the hottest surface temperature.

The neighborhoods in cities most dramatically affected by extreme heat are areas with the fewest resources to mitigate it: A study from UC Davis found that California’s poorest neighborhoods were sometimes 5 degrees hotter than the wealthiest ones. Wealthier neighborhoods tend to have more trees, more grass — natural features that cool the environment — more shade, and more air conditioning.

With temperatures ticking ever higher due to climate change, extreme heat in the United States is a crisis.

“I would not say it is hyperbole to call heat the greatest environmental and equity challenge facing California today,” Turner said.

Cooling down our cities and our citizens

In Northern parts of the United States, cities have plans for snow and blizzards. In the coastal United States, urban planners dedicate resources to protecting communities from hurricanes and flooding. Extreme heat needs that same kind of focused attention, Turner and others say.

As with all weather-related problems, there is no one simple solution. But coordinated steps can have a real impact — a study by Turner’s UCLA colleague and Heat Resilient L.A. co-leader David Eisenmann found that cooling neighborhoods down by adding trees and vegetation and using more reflective outdoor materials could save up to nearly one in four lives currently lost to heat waves, and delay climate change-induced warming by approximately 40-70 years.

Turner places solutions to our rising heat problem in a few buckets.

We need to rethink how we build our cities, Turner said. Environmental concerns need to be a primary, not secondary concern in real estate development. And buildings can be required to use cool roof and cool wall technology.

In Los Angeles, one project reducing heat in cities is Cool Streets LA. It focuses on the hottest and most-vulnerable neighborhoods in the city by planting 2,000 trees and adding 60 miles of cool pavement, using various special materials, including one known as CoolSeal. Originally developed by the military, CoolSeal was designed to keep spy planes cool and hide them from infrared cameras. The city reports that these cool pavements can lower surface temperatures by as much as 10 degrees on a summer afternoon.

Cool pavement technology helps cool down the neighborhood as a whole, but it must be applied across a large enough surface area to offset the radiant heat created by its reflection of sunlight. Turner and her colleagues are studying how best to do this, and new surface materials are coming onto the market that intend to minimize this penalty.

Another bucket of heat mitigation strategy is better protecting people when they’re outside, primarily by providing shade and producing more shade infrastructure. Adding tree cover can provide much needed shade and help naturally cool the air. But it doesn’t work everywhere. Urban planners should consider how to bring shade to areas like bus shelters, school playgrounds and other highly trafficked areas that need it.

“My team looked at municipal plans from the 50 largest cities in the U.S., and we found that the overwhelming majority don’t even include shade in any of their heat planning documents,” Turner said. “And if they do, they only include trees. But we know that built structures are a vital source of shade. In fact, they can be more efficient shade producers, and they’re especially important in arid cities where we have huge water tradeoffs that are salient, and in vulnerable neighborhoods where you might need shade now and you don’t have time to wait for a tree to mature enough to produce any shade.”

Finally, there is one very important thing we can do to help people survive extreme heat: ensuring that our most vulnerable communities have access to cooling, particularly in their own homes. While it is illegal to rent an apartment in California that doesn’t provide heat, there are no standards that require adequate cooling. The state legislature could soon take up the issue. Cooling will likely need to be subsidized; in neighborhoods most brutally affected by extreme heat and most lacking mitigating infrastructure, AC can become prohibitively expensive, forcing people to make a choice between cooling their bodies and other essential needs.

California, and Los Angeles in particular, are already taking coordinated steps forward, Turner said. Cities and states need heat officers to coordinate action to help the wide range of people affected by extreme heat, from farmworkers vulnerable to heatstroke to kids playing in middle schools to seniors in their homes.

“This is a matter of giving people a quality of life,” Turner said.