Governments around the world have adopted climate policies to reduce carbon emissions from a variety of economic sectors, with the broader goal of decarbonization. For example, in 2018, then California Governor Edmund Brown signed an executive order setting a goal for the world’s fifth-largest economy to reach carbon-neutrality by 2045. This transformation will create job opportunities for workers in a wide variety of industries. Understanding where in the economy these jobs will occur is important for designing workforce development policies that create good, career ladder opportunities, especially for workers from low-income communities.

To support this effort, the Luskin Center for Innovation (LCI) conducts research that explores the workplace impacts of climate and clean energy policies, quantifying the jobs that are supported across the supply chains of different investment decisions and making recommendations to inform opportunities of the future. 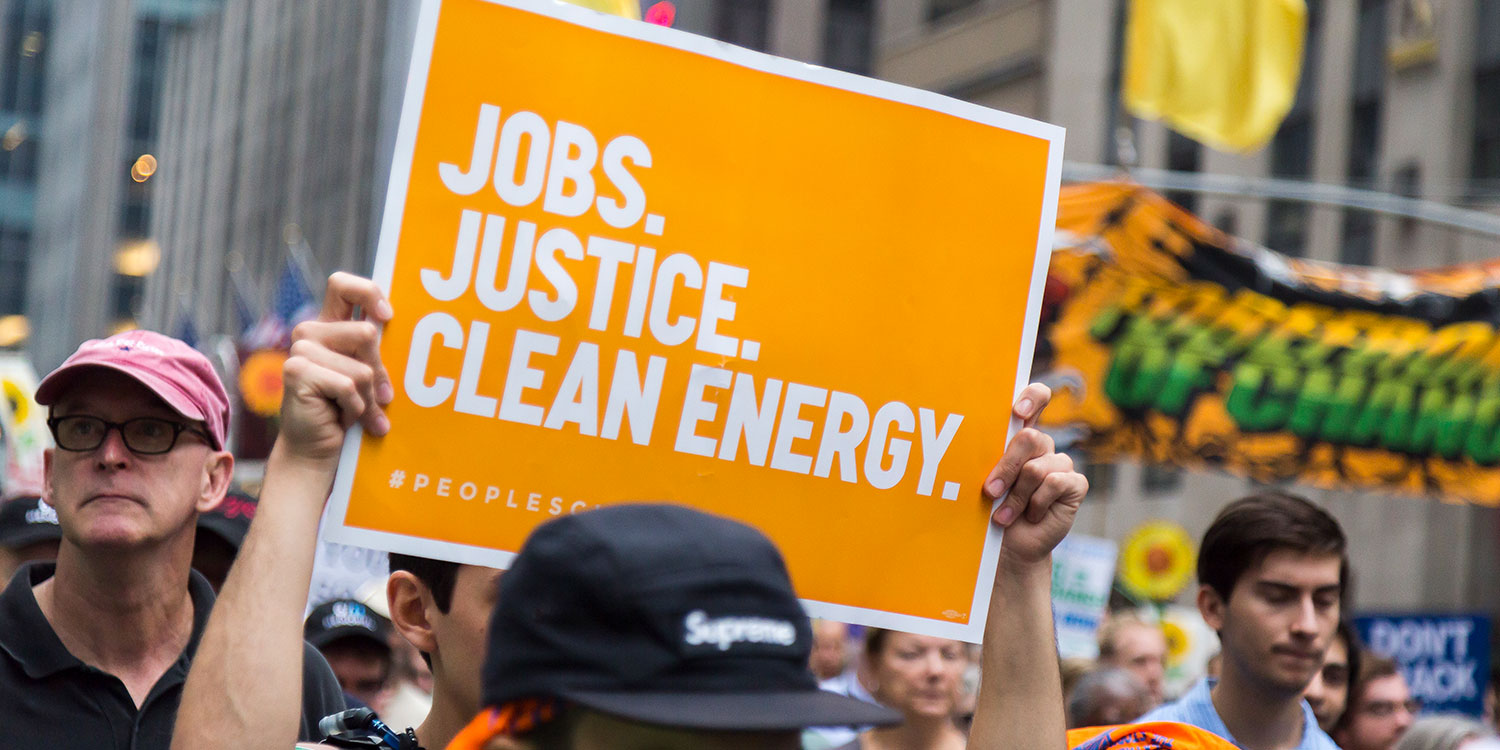 The Transition to a Clean Grid in Los Angeles: Employment Impacts from Investments Through 2030

The Los Angeles Department of Water and Power (LADWP) is planning to retire once-through cooling (OTC) systems at coastal power plants by 2029. The final roadmap for doing so, referred to as the Clean Grid LA Plan, will support LADWP’s broader effort to achieve a 100% renewable energy supply in Los Angeles by 2045. Researchers at LCI are collaborating with LADWP to estimate the workforce impacts of the Clean Grid LA Plan at both local and statewide scales.

This research was covered in the Los Angeles Daily News and a post by the Sierra Club, among others.

A series of studies assessed the economic and employment benefits of Los Angeles Department of Water and Power’s (LADWP’s) energy efficiency programs. A common finding across the investment periods, and two similar but differing sets of LADWP energy efficiency programs, is that the investments on average supports more local jobs per dollar of investment than the oil and gas sector, a common benchmark for comparing investments in energy resources.

Our follow-up report assesses recent progress. This study, released in 2019, found that LADWP’s suite of energy efficiency programs continue to perform well because they generate energy cost savings for LADWP customers, leverage co-investment from residents and businesses, and rely heavily on local labor for program activities.

LCI completed the first-ever study of the statewide employment outcomes from California Climate Investments. Researchers analyzed the first $2.2 billion in California Climate Investments that the state Legislature appropriated to 11 state agencies between 2013 and 2016, which invested the funds in 29 different programs. Many of these programs also induce customers, businesses, and government entities to contribute matching funds, which we also analyzed. We then estimated the number of jobs supported by each of the 29 programs, describing the distinct economic sectors and industries involved.

The growth of the plug-in electric vehicle (PEV) market and updates to the nation’s electric grid create jobs that require a wide range of sometimes non-traditional skills. Recognizing that workforce training is needed, Southern California Edison commissioned LCI to conduct research, stakeholder engagement, and seed a multi-phase process of transportation-electrification (TE) curriculum development. This report includes an assessment of the existing state of TE-specific education and training, and recommendations developed out of stakeholder engagement. The work supports a path forward for training PEV, charging infrastructure, and smart grid workforces.

Los Angeles launched the nation’s largest Feed-in Tariff (FiT) In Basin Solar program in 2013, helping to catalyze an emerging market for multifamily housing, commercial, warehouse, and industrial rooftop solar. Part of the promise of a properly designed and well-implemented FiT is that it will drive economic growth, enhance environmental sustainability and create social equity in the workforce by creating career ladder jobs through rooftop solar installations.

This report, commissioned by the Los Angeles Business Council, assesses the FiT program’s early impacts on the local solar market and on local employment. Researchers find that 40 percent of proposed solar projects are in solar equity “hot spots,” meaning in neighborhoods with high solar rooftop potential and indicators of high socioeconomic and environmental distress.

This report, commissioned by the Los Angeles Business Council, takes account of the potential for solar power in Los Angeles, describes the strength of the region’s workforce development infrastructure, and details policies that could both create solar jobs and ensure that a significant share go to workers living in communities of high need. We also look at the extent and efficiency of current solar programs among L.A. County’s seven utilities. We focus on industrial and commercial space, noting that the square footage of available rooftops makes for a large market with economies of scale.