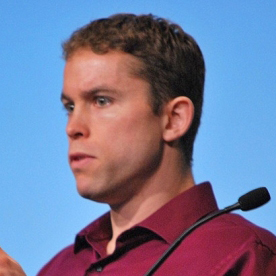 “The Lightbulb Paradox: Evidence from Two Randomized Experiments”Abstract:It is often suggestedthat consumers are imperfectly informed about or inattentive to energy costs of
durable goods such as cars, air conditioners, and lightbulbs. We study two
randomized control experiments that provide information on energy costs and
product lifetimes for energy efficient compact fluorescent lightbulbs (CFLs)
vs. traditional incandescent bulbs. We then propose a general model of consumer
bias in choices between energy-using durables, derive sufficient statistics for
quantifying the welfare implications of such bias, and evaluate energy efficiency
subsidies and standards as second best corrective policies if powerful
information disclosure is infeasible. In the context of our theoretical model,
the empirical results suggest that moderate CFL subsidies may be optimal, but
imperfect information and inattention do not appear to justify a ban on
traditional incandescent lightbulbs in the absence of other inefficiencies.Link to paperAbout the Speaker:Hunt Allcott is an Assistant Professor of Economics at New York University and a Faculty Research Fellow at the National Bureau of Economic Research. He is also a Scientific Director of ideas42,
a think tank that applies insights from psychology and economics to
problems in international development, health care, consumer finance,
and the energy industry. He is a Contributing Author of the
Intergovernmental Panel on Climate Change Fifth Assessment Report and,
according to a recent article in the American Economic Journal, one of the top five most-cited economists who have completed a PhD after 2005.
Professor Allcott holds a PhD from Harvard University and a BS
and MS from Stanford University. Before coming to NYU, he was the Energy
and Society Fellow in the MIT Economics Department and the MIT Energy Initiative.
He has also worked in the private sector as a consultant with Cambridge
Energy Research Associates and in international development as a
consultant to the World Bank. During academic year 2013-2014, he is a
visiting professor at Berkeley, Stanford, and the University of Chicago.

Professor Allcott is an applied microeconomist who studies topics in
environmental and energy economics, industrial organization, behavioral
economics, and development microeconomics. His research centers on
consumer behavior, business strategy, and regulatory policy in energy
markets. He uses a variety of tools, including both structural and
reduced form econometrics, applied theory, and randomized field
experiments.

Where did all the Money Go? Economic Development in a Post-Redevelopment California