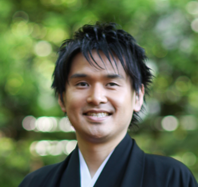 “The Economics of Attribute-Based Regulation: Theory and Evidence from Fuel-Economy Standards”AbstractIn many countries, fuel-economy standards mandate that vehicles meet a certain fuel economy,but heavier or larger vehicles are allowed to meet a lower standard. This has the perverseimplication of allowing automakers to meet standards either by improving fuel economy or byincreasing weight, which lowers fuel economy and increases externalities related to accidents.This is but one example of an attribute-based regulation, in which the regulation imposed on aproduct depends on both the externality it creates and some other attribute. Attribute-basingpotentially motivates rms and individuals to strategically alter the attribute, thereby endogenouslyaltering the stringency of the regulation. This paper develops a theory of attribute-basingto demonstrate the costs and benets of its use. The paper then empirically examines the consequencesof attribute-based fuel-economy standards in Japan, where fuel-economy standardsare a notched attribute-based function of vehicle weight. We use cross-sectional and panel techniquesto demonstrate that attribute-based regulation has signicantly altered the distributionof vehicle weight in Japan, where 10% of vehicles bunch at weight notches. For cars whoseweight is altered in response to the policy, we estimate that the alteration generates a welfareloss from the exacerbation of weight-related externalities of $1525 per unit sold, which translatesinto a $686 million annual loss across the Japanese auto market.http://people.bu.edu/ito/attributes.pdfAbout the Speaker:Koichiro Ito is an assistant professor at Boston University School of Management and a Faculty Research Fellow of the National Bureau of Economic Research. He received his Ph.D. from UC Berkeley. Before joining BU, he was a SIEPR Postdoctoral Fellow at Stanford University. His research interests include environmental and energy economics, industrial organization, and public economics.See Professor Ito’s website for more information.