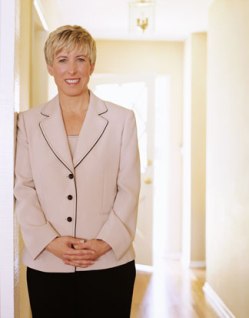 In this discussion the well known Controller for Los Angeles, Wendy Greuel, will tackle the tough choices facing our city as we confront serious environmental and sustainability challenges in the midst of severe economic constraints. The situation has already led to substantial reorganization of the City’s environment and sustainability efforts – and some controversy. Controller Gruel will use her vantage point to discuss the current situation and engage in a dialogue with faculty on where we are and where we are going.
Speaker Biography:
Prior to being elected City Controller in 2009, Wendy Greuel was President Pro Tempore of the Los Angeles City Council and represented the Second District in the Northeast San Fernando Valley. She was sworn into that office in 2002. She has a very strong record on environmental policy and legislation including creation of the sixth largest park in the City of Los Angeles, securing the passage of the historic San Gabriel/Verdugo Mountains Scenic Preservation Corridor Plan, directed the Department of Water and Power to increase the portion of their power produced by renewable energy to 20% by 2017.

A light lunch will be served.