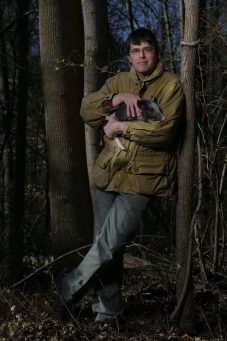 By the time today’s UCLAundergraduates hit middle age, the world will hold almost 10 billion people,
most of them affluent by historical standards. Dinner for the 10 billion,
agronomists say, will be a huge challenge: We are running out of arable land,
water supplies are stretched, and the advances of the “green revolution” are
fading.

Researchers have proposed two
broad solutions: maintaining the current system of large-scale industrial
monoculture or switching over, at least in substantial part, to a much more
localized, diverse system. The former involves extensive deployment of
genetically modified organisms (GMOs), heavy chemical use and even heavier
computer monitoring. Meanwhile, the small, highly productive farms touted as a
model require vastly more labor—that is, vastly more people working on the
land. The choice of system, a key task of the next generation, will have
enormous impact on the kind of lives people lead tomorrow.

Charles
C. Mann is the author of 1493, a New York Times
best-seller, and 1491,
which won the U.S. National Academy of Sciences’ Keck award for the best book
of the year. A correspondent for The Atlantic Monthly, Science and Wired, he
has covered the intersection of science, technology and commerce for many
newspapers and magazines here and abroad, including National Geographic, the
New York Times, Vanity Fair and the Washington Post. In addition to 1491 and 1493, he is the co-author
of five other books, one of which is a young person’s version of 1491 called Before Columbus.