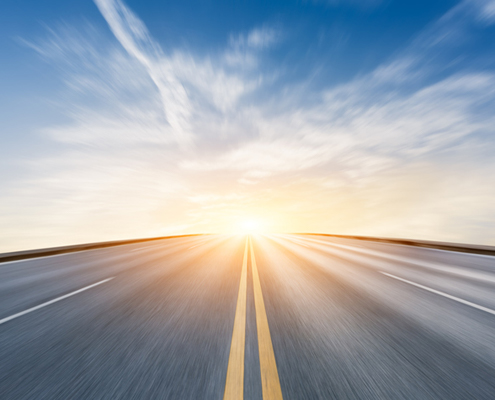 Transportation is the largest source of greenhouse gas emissions in California. In order to achieve the state’s goals of carbon neutrality by 2045 and avoid the worst impacts of climate change, decarbonizing this sector is essential. But such a transition is unlikely to occur rapidly without key policy intervention, according to a new study that included research from the UCLA Luskin School of Public Affairs.

A team of transportation and policy experts from the University of California released a report April 22 to the California Environmental Protection Agency (CalEPA) outlining policy options to significantly reduce transportation-related fossil fuel demand and emissions. Those policy options, when combined, could lead to a zero-carbon transportation system by 2045, while also improving equity, health and the economy. A second study, led by UC Santa Barbara, identifying strategies to reduce in-state petroleum production in parallel with reductions in demand, was released simultaneously.

The University of California demand study was conducted by researchers from the UC Institute of Transportation Studies, a network with branches at UC Davis, UC Berkeley, UC Irvine, and UCLA. The UC Davis Policy Institute for Energy, Environment, and the Economy coordinated the report’s policy management, and the UC Davis Center for Regional Change led the study’s equity and environmental justice research.

Bringing about a zero-carbon transportation future will be challenging but not impossible, the report states. Doing so requires urgent actions and a long-term perspective. Importantly, a major upfront investment in clean transportation through incentives and new charging and hydrogen infrastructure will soon pay off in net economic savings to the California economy, with net savings growing to tens of billions of dollars per year by 2045. The report recommends flexible policy approaches that can be adjusted over time as technologies evolve and more knowledge is gained.

“This report is the first to comprehensively evaluate a path to a carbon neutral transportation system for California by 2045,” said Dan Sperling, director of the UC Davis Institute of Transportation Studies. “We find that such pathways are possible but will rely on extensive changes to existing policies as well as introduction of some new policies. The study also prioritizes equity, health and workforce impacts of the transition to zero-carbon transportation.”

Researchers from the UCLA Luskin Center for Innovation led the study’s workforce analysis. Achieving carbon neutrality in California’s transportation sector could create over 7.3 million job-years of employment over the next 25 years, according to the researchers. These jobs would result from “greening” many existing occupations and creating new occupations.

“This presents the state with a golden opportunity to create not only new, high-quality jobs, but also ensure that many existing industries and occupations transition to better practices,” said J.R. DeShazo, director of the Luskin Center for Innovation and professor of public policy at the UCLA Luskin School of Public Affairs.

Zero emission vehicles: Many of the report’s policy options are centered on a rapid transition to zero-emission vehicles (ZEVs), which is expected to dramatically reduce greenhouse gas emissions and improve local air pollution as the state’s electric grid is also decarbonized.

Light-duty and heavy-duty vehicles are responsible for 70% and 20% of the state’s transportation emissions, respectively. The report suggests a combination of enhanced mandates, incentives, and public charging and hydrogen infrastructure investments to speed the adoption of ZEVs. For medium and heavy-duty vehicles, key policy priorities include increasing the availability of charging stations for long-haul freights, electricity pricing reform to make depot charging more affordable, and priority lanes and curb access for zero-emission trucks, among other possibilities.

Vehicle miles traveled: Even with widespread ZEV use, reducing overall vehicle miles traveled is necessary to reduce traffic congestion and emissions from vehicle manufacturing, and to enhance quality-of-life and land-use benefits related to traffic. The report suggests policies that encourage active, shared and micromobility transportation, telecommuting, and land-use changes that reduce people’s reliance on automobiles and enhance community connectivity.

Fuels: About 86% of transportation fuel is petroleum. Shifting toward low-carbon clean energy requires major investments in electricity and hydrogen. Low-carbon liquid fuels compatible with internal combustion engines will be needed to reduce emissions while the transition to ZEVs progresses, as well as in some specialized applications, like aviation. California can support the needed investments in clean fuels with mandated blending levels, new incentives and credits to stimulate investment in very low-carbon liquid fuels for aviation, shipping and legacy combustion engine vehicles.

Getting to zero: Some residual emissions remain in every scenario examined. The report states that at least 4 million to 5 million metric tons per year of negative emissions capacity (equal to 2.5% of current transportation emissions) is needed by 2045 to counteract those residual emissions. These could come from carbon capture and sequestration projects that pull carbon from the air to store it underground, as well as so-called sequestration by natural or working lands.

In addition to direct economic benefits beginning around 2030, the transportation decarbonization policies could also lead to health, equity and environmental justice, and workforce and labor benefits.

Health: Transportation is a major cause of local air pollution and contributes to climate change. Particulate matter harms lungs and hearts, while nitrogen oxide compounds contribute to ozone pollution and other health impacts. The report found that cleaner heavy-duty vehicles would significantly reduce pollution in many of the state’s most vulnerable communities. The health benefits of reducing local pollution will grow with the deployment of clean transportation technologies and could translate to more than $25 billion in savings in 2045.

“We must confront the legacy of the lack of public and private investment where Black, indigenous and people of color live and work,” said Bernadette Austin, acting director of the UC Davis Center for Regional Change. “This report identifies ways to strategically invest in sustainable infrastructure while intentionally avoiding disruptive and damaging infrastructure in our most vulnerable and disadvantaged communities.”

Workforce: The transition to a carbon-neutral transportation system will disrupt jobs in some sectors while creating new jobs in others, like clean vehicle manufacturing and electric and hydrogen fueling infrastructure. The report suggests that California prioritize the needs of impacted workers. In addition, wherever ZEV-related industry expansion creates quality jobs, state policy should focus on creating broadly accessible career pathways.

Economy: The transition to ZEVs is expected to generate savings for consumers and the economy well before 2045. Within the next decade, the cost of owning and operating ZEVs is projected to drop below that of a conventional gasoline or diesel vehicle. That is because battery, fuel cell and hydrogen costs will continue to decline; electricity costs will be much less than petroleum fuel costs; and maintenance costs of ZEVs will be less. These savings can be invested elsewhere by households and businesses.

Unpaid Utility Bills Are Disproportionately Piling Up in L.A.’s Communities...
Scroll to top