The Luskin Center for Innovation (LCI) conducts research to inform evidence-based climate policy and planning. This includes assessing the co-benefits of climate policies in order to learn how to efficiently reduce GHG emissions while maximizing local benefits such as improved air quality and public health.

Much of LCI’s sector-specific climate policy and planning research is organized in our transportation, energy, and water program areas. Other climate research is crosscutting. Examples of these crosscutting studies are provided below. 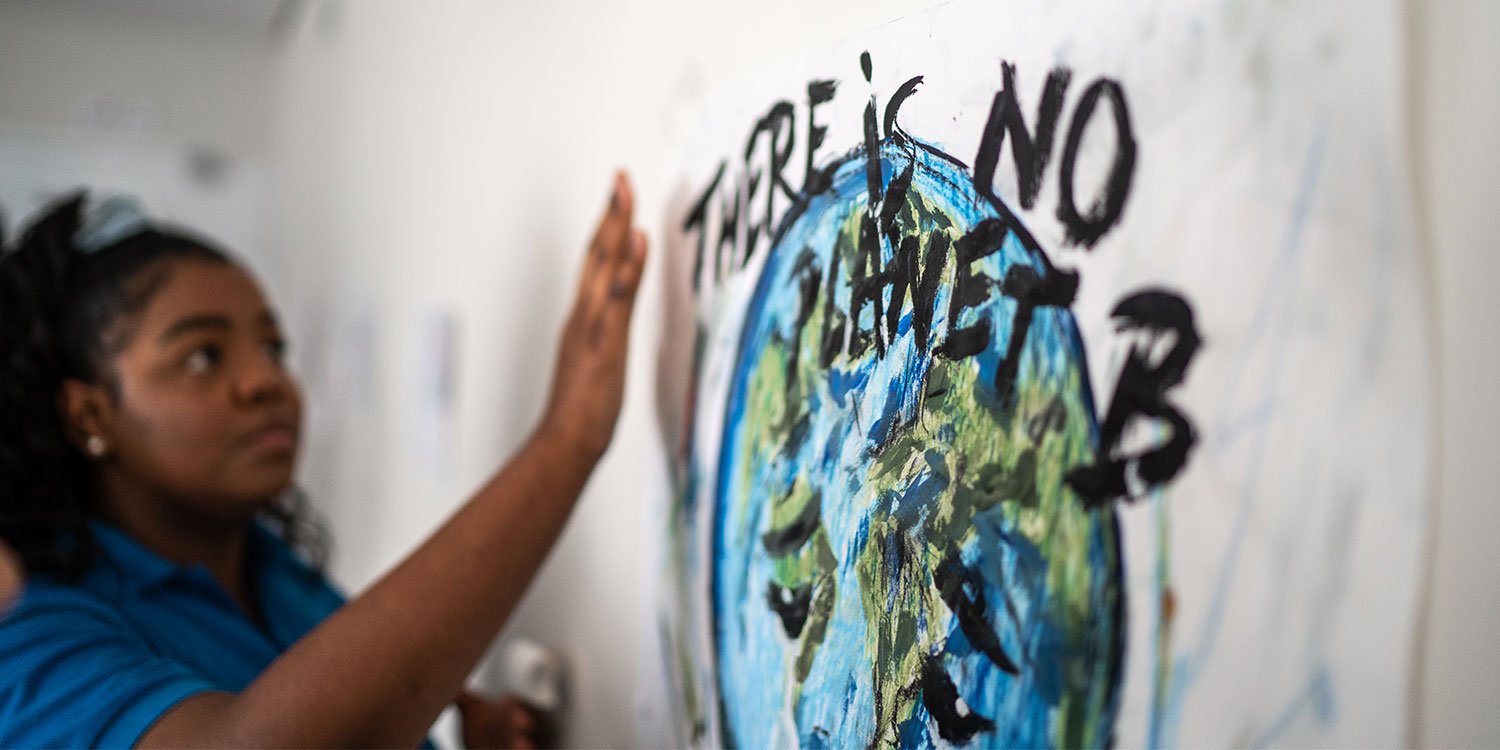 The Perils of Plastic: Tracking Environmental, Climate and Human Impacts of Plastic Production, Use and Disposal

This report examines and illustrates the wide-ranging harms caused by plastics — from oil production and plastic manufacturing to food contamination to problems with disposal. In addition to commonly understood harms, such as damage to marine life and buildup of litter, the report highlights how plastics contribute to climate-warming emissions and the widespread harms caused by global oil operations. The report expands our research statewide, seeking to inform ongoing legislative efforts in the pursuit of policy solutions.

In August 2019, the Los Angeles County Board of Supervisors adopted the OurCounty Sustainability Plan, which called for a transition away from single-use plastics. This study, conducted for the Los Angeles County Chief Sustainability Office, explored implementation and outreach strategies for the county’s new plastic waste ordinance that would best achieve high compliance rates and a smooth transition for affected businesses and consumers. The study found that in the short term, the Chief Sustainability Office should work to disseminate information and resources to affected businesses, and in the mid to long term, create a collaborative regional body to develop cross-jurisdictional guidelines for compostable packaging.

Plastic Waste in Los Angeles County Impacts, Recyclability, and the Potential for Alternatives in the Food Service Sector

This report examined the impacts of plastic production and waste in Los Angeles County and supported the county in drafting an ordinance addressing plastic waste. The study showed that recycling is not a panacea for the county’s plastic waste problems, but that compostable options hold promise and that reusable options can be cost-effective. The report also analyzed alternative options in food service and singled out single-use plastic food service waste for its outsized representation in litter and its low recycling potential. The Los Angeles County Chief Sustainability Office commissioned this study, and it directly informed the county’s plastic waste ordinance.

LCI assessed the financial impacts on disadvantaged communities of California’s carbon Cap-and-Trade Program, which places the world’s first economy-wide cap on GHG emissions and establishes market mechanisms to price carbon allowances. The regulated entities are large emitters of GHGs, including electric utilities, natural gas utilities, and fuel distributors. LCI researchers analyzed Cap-and-Trade compliance costs that result from the regulated entities’ purchase of carbon allowances. The costs of these allowances create price signals that communicate to consumers the amount of GHG emissions associated with electricity, natural gas, and gasoline consumption. While allowing price signals to encourage lower GHG consumption choices, policymakers also want to ensure that the cost burden does not fall disproportionately on low-income Californians. The state has put in place many mitigation strategies that LCI researchers found to be financially protecting low-income households, in most cases, in the communities that the study analyzed.

The above link takes you to LCI research focused on the climate programs funded by California Climate Investments.

This report is an assessment of local climate action planning in Southern California. It is based on the Southern California Climate Action Information Sharing Network, a resource that provides cities and stakeholders with access to city climate planning information and allows cities to take credit for actions they’ve taken. We list 10 cities whose climate performance stands out.