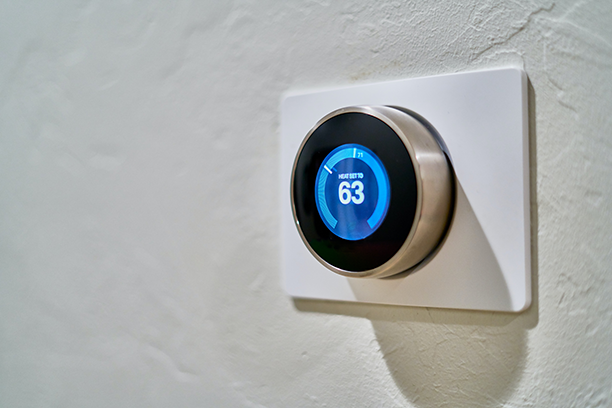 Energy efficiency gains support goals of economic growth, energy security, and environmental sustainability while reducing consumers’ energy bills. While energy efficiency is improving around the world, much potential remains untapped. Global progress has become dependent on yesterday’s policies, with the implementation of new policies slowing, according to the International Energy Agency. The global transition to a clean energy future requires a pipeline of new efficiency policies.

Research from the Luskin Center for Innovation (LCI) informs the next generation of clean energy programs. Example studies follow.

Both how much and when electricity is consumed matter for the environment. Electricity is likely to be cleaner at noon when the sun is shining on solar panels than in the early evening when the grid may rely more on fossil fuel generators. This is why demand response programs can help electricity customers understand when to conserve electricity to maximize savings and better help the environment and the grid.

In order to understand the most effective demand response program designs, we conducted a multi-year study funded by a California Energy Commission grant of more than $2 million. The study revealed that offering participants financial rewards, on top of the amount of money they’d save simply for using less energy, had a measurable effect on reducing their energy use — although the amount of the financial incentive made relatively little difference. Further, automation devices (like smart thermostats) proved to be key to reducing energy use during times of high stress on the electrical grid, like heat waves. Study results will inform policymakers, utilities, and demand response providers on the most efficient demand response program designs.

The Liberty Hill Foundation commissioned LCI to evaluate emPOWER, a coordinated outreach project connecting low-income households with energy efficiency, solar energy, low-carbon transportation, and financial assistance programs. The pilot activated community-based organizations to conduct outreach, information sharing, and technical assistance to help eligible residents sign up for free programs that can help them save money and conserve energy. LCI’s evaluation found that the campaign has been successful in reaching areas of L.A. County impacted by poverty and pollution, and offers potential as a replicable model for the state.

A series of studies assessed the economic and employment benefits of Los Angeles Department of Water and Power’s (LADWP’s) energy efficiency programs. A common finding across the investment periods, and two similar but differing sets of LADWP energy efficiency programs, is that the investments on average supports more local jobs per dollar of investment than the oil and gas sector, a common benchmark for comparing investments in energy resources.

Our follow-up report assesses recent progress. This study, released in 2019, found that LADWP’s suite of energy efficiency programs continue to perform well because they generate energy cost savings for LADWP customers, leverage co-investment from residents and businesses, and rely heavily on local labor for program activities.

The California Clean Energy Jobs Act (Proposition 39), passed by voters in November of 2012, allocates up to $550 million per year for five years to energy efficiency and clean energy projects in California’s public schools, community colleges, universities, and other public facilities. An LCI report, commissioned by the Los Angeles Business Council, analyzed strategies for the implementation of Proposition 39 funds to help maximize long-term investment in energy efficiency and clean energy, and the associated jobs and other benefits for Californians. The authors found that Proposition 39 funds could quadruple through the use of revolving investment mechanisms. The research helped informed investment mechanisms for Proposition 39 and other related campaigns.