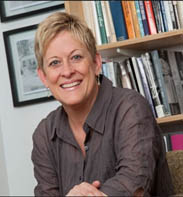 Diverging Destinies of Dads: Growing Inequality’s Impact on theAmerican FamilyWith Kathryn
Edin of Johns Hopkins University Register at http://feclecturenov4.eventbrite.com Kathryn Edin is one
of the nation’s leading poverty researchers. The hallmark of her research is
her direct, in-depth observations of the lives of low-income women and men and
is particularly interested in questions about the urban poor that have not been
fully answered by quantitative work: How do single mothers possibly survive on
welfare? Why do they end up as single mothers in the first place? Where are the
fathers and why do they disengage from their children’s lives?

Kathy is the author of six books and more than 50 journal articles. The
most recent, Doing the Best I Can: Fathering in the Inner City, written with
Timothy Nelson, will be published in May, 2013 by the University of California
Press.  A strikingly rich, paradigm-shifting look at fatherhood among
inner-city men, who are so often dismissed as “deadbeat dads,” Doing the Best I
Can shows how mammoth economic and cultural changes have transformed the
meaning of fatherhood among the urban poor. The book reveals a radical
redefinition of family life, one that has revolutionized the meaning of
fatherhood among inner-city men.

In the award-winning Promises I Can Keep: Why Poor Women Put Motherhood before
Marriage, Kathy Edin and her co-author, Maria Kefalas, sought to
answer the question of why so many low-income women were having children
without marrying,  Based on in-depth interviews and observations, the
authors found that, rather than undervaluing marriage, low-income women held
marriage to a very high bar.  Child rearing was so central to their views
of themselves that they were unwilling to postpone starting families until they
could find suitable husbands, which could take years, if ever.  In its
review, the Wall Street Journal said the authors, “overthrow decades of
conventional wisdom.”

The Russell Sage Foundation published Kathy Edin’s first book, Making Ends
Meet: How Single Mothers Survive Welfare and Low-Wage Work, written with Laura
Lein. This work shed new light on a question that was central to the ongoing
debate about welfare reform: Why weren’t single mothers
working?  Edin and Lein found that most mothers were working –
largely off-the-books – and combining resources from several sources (welfare,
work, the fathers of their children, grandmothers) in order to make ends meet
for themselves and their children. The book generated widespread interest and
debate, and led to a profile of Edin in the New York Times Magazine.

A frequent commentator for print and broadcast media, Kathy Edin has
also testified before the U.S. House of Representatives and the U.S. Senate on
welfare and marriage issues. She is chair of Harvard’s Multidisciplinary
Program in Inequality and Social Policy.  She is a Trustee of the Russell
Sage Foundation, a member of ASPE’s Self Sufficiency Working Group, and on
HHS’s advisory committee for the poverty research centers at Michigan,
Wisconsin, and Stanford. She is a founding member of the MacArthur
Foundation-funded Network on Housing and Families with Young Children and a
past member of the MacArthur Network on the Family and the Economy.

The Great California Drought This Time, and Next