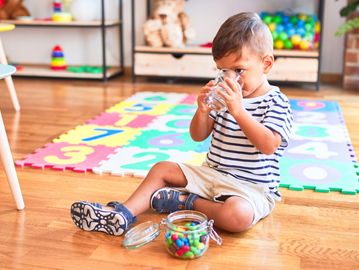 This report synthesizes research from a strategic partnership between the UCLA Luskin Center for Innovation and First 5 Los Angeles. The partnership was formed to support the planning and implementation of a Safe Drinking Water Lead Testing Program for child care sites in Los Angeles County. This partnership was motivated by the passage of California Assembly Bill 2370, which mandates testing for lead in drinking water in childcare facilities across California by January 1, 2023.

Experts including the state’s Office of Environmental Health Hazard Assessment deem zero or near-zero lead exposure as the only true public health standard for young children. Given the acute threat which lead exposure in drinking water poses to young children and their families, and that regulatory standards for lead in drinking water for the general population in California remain well above zero, the passage of AB 2370 represents a meaningful step toward protecting children’s health and life opportunities.

Our report first presents the motivation for this program: preventing lead poisoning and reliance on non-tap water alternatives among young children. It next outlines historical and recent legislative responses to address these concerns, drawing lessons learned from the experience of the lead testing by California’s public schools in Los Angeles as mandated by the state legislature in 2017 (AB 746).

The report predominantly focuses, however, on our findings from a three-part stakeholder convening series which we hosted in Los Angeles in collaboration with other key partners to inform the implementation of AB 2370. These convenings, along with other stakeholder engagement, allow us to identify key opportunities and challenges for the implementation of lead testing in drinking water in Los Angeles’ child care centers and First 5 LA’s five Best Start areas. They also allow us to make several recommendations to ensure program success.