Most major U.S. cities are underprepared for rising temperatures

Most major U.S. cities are underprepared for rising temperatures 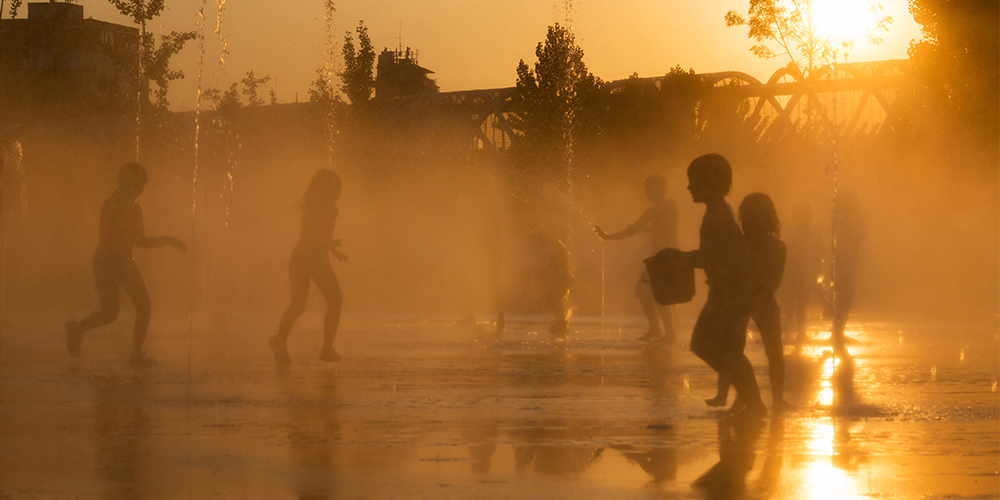 This month, Denver, Las Vegas and Phoenix all posted record high temperatures. And across the nation, Americans are ramping up for a scorching summer. Yet despite more frequent and intense heat waves on the horizon, cities are underprepared to deal with the challenge, according to a UCLA-led research team.

Their new study, published in the journal Environmental Research Letters, analyzed municipal planning documents from 50 large cities across the country. The researchers found that 78 percent of these cities’ climate plans mentioned heat as a problem, but few offered a comprehensive strategy to address it. Even fewer addressed the disproportionate impact heat has on low-income residents and communities of color.

“Just a couple of years ago, very few cities were talking about preparing for rising temperatures, so it’s an important step that heat is becoming a larger part of the conversation,” said V. Kelly Turner, lead author of the study and co-director of the UCLA Luskin Center for Innovation. “But without concrete steps to protect residents, cities are lagging behind the problem.”

Heat, exacerbated by climate change, has become one of the deadliest weather hazards in the nation, the researchers said, accounting for more deaths in a typical year than hurricanes, floods or tornadoes. In California, according to a recent Los Angeles Times investigation, heat killed some 3,900 people between 2010 and 2019. And UCLA research has shown that heat leads to more preterm births, makes it more difficult for students to learn and increases the risk of significant injuries to workers on the job (PDF).

Despite these damaging and wide-ranging effects, governance for heat has historically fallen behind other climate change-related hazards.

To assess heat planning, the researchers — from UCLA, Arizona State University and the University of Southern California — examined 175 municipal plans from the 50 most populous cities in the United States, drawing from an open-source database they created. They conducted a content analysis to understand the types of solutions and interventions cities proposed in response to heat and why.

The team found that, overall, solutions to rising temperatures didn’t match the severity or complexity of the problem. How municipal plans framed the issue of urban heat, they said, strongly influenced how cities addressed it, and in most cases limited the scope of their approach.

For instance, many plans looked at heat through a “hazard” lens, focusing on extreme events like triple-digit heat waves. By identifying the issue as a crisis akin to a hurricane or flood, the solutions often fit into a disaster response–style approach — like text alert systems and air-conditioned public cooling centers.

Other plans defined the issue in terms of the “urban heat island effect,” a phenomenon whereby cities — because of their heat-absorbing infrastructure, like asphalt — become and remain hotter than surrounding rural areas. In framing the issue as a land-use problem, these plans often focused on physical ways to cool cities. Adding more trees was the most common intervention, while sun-reflecting cool roofs and vegetation were also mentioned.

However, the study found that these two approaches to heat governance rarely overlapped. And while each approach has its benefits, such narrow framings don’t get at the full issue, the researchers emphasized.

“If cities are not painting a complete picture of heat — how chronic it is, and its disparate impacts on the ground — we’re not going to be able to fully protect residents, and we could end up exacerbating existing social and environmental injustices,” said Emma French, a doctoral student in urban planning at the UCLA Luskin School of Public Affairs.

Even some seemingly obvious solutions, such as providing outdoor shade for residents, received short shrift in planning documents, noted co-author Ariane Middel, an assistant professor at Arizona State University. “Shade is the most effective way to protect pedestrians from exposure to sunlight, but few cities mentioned shade in their plans.”

Further, heat was only identified as an equity issue one-third of the time, despite a growing body of evidence that urban communities of color are disproportionately affected by rising temperatures as a result of longstanding social, structural and health-related inequities. Cities that don’t address this disparity can expect to see increasingly adverse implications down the road, the researchers stressed.

Among cities with more robust preparations for heat, membership in environmental networks like the National League of Cities and the Urban Sustainability Directors Network was more common. These groups bring together sustainability practitioners from across the country, and their broader governance structures can offer opportunities to share best practices.

“Peer-to-peer knowledge exchange through networks that connect large and small communities is going to be essential to implementing the most effective solutions as quickly as possible,” said study co-author David Hondula, an associate professor at Arizona State University and director of the Office of Heat Response and Mitigation for Phoenix.

Who will be most impacted by rising temperatures in California?
Scroll to top