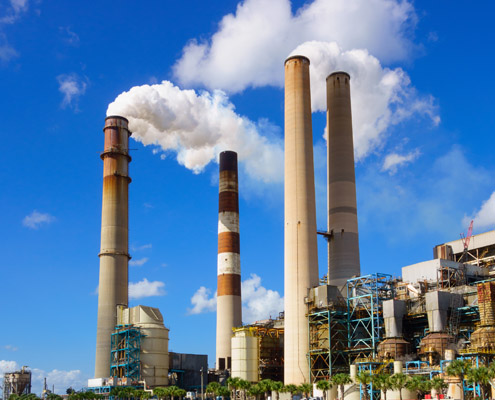 EPA’s calculations omit tens of billions of dollars in public-health benefits and are based on outdated power-system information from 2011, finds committee supported by the UCLA Luskin Center for Innovation

LOS ANGELES – Environmental economists from Harvard, Yale, and other leading research institutions say an Environmental Protection Agency (EPA) proposal that could eventually allow more mercury pollution from power plants relies on a cost-benefit analysis that is fatally flawed. In a new report, the economists detail how the EPA’s calculations inappropriately fail to consider how reducing mercury pollution provides tens of billions of dollars in health benefits to the American people.

“When EPA first looked at costs and benefits of mercury rules for power plants back in 2012, it estimated that utilities would have to spend $9.6 billion a year to comply, while Americans would enjoy benefits — mostly health benefits — ranging from $33 to $90 billion per year,” said Matthew J. Kotchen of Yale University, who is one of the report’s co-authors. “But now, instead of weighing all costs against all benefits, the EPA is cherry-picking. They pulled the biggest public health benefit off the scale. This approach is inconsistent with best practices for cost-benefit analysis.”

Kotchen and the other report authors are members of the External Environmental Economics Advisory Committee (E-EEAC), an independent organization providing the best available economic advice to the EPA. The E-EEAC, which is supported by UCLA’s Luskin Center for Innovation and partially funded by the Sloan Foundation, was established after the EPA dissolved its own Environmental Economics Advisory Committee (EEAC) in 2018. Kotchen and some of the other economist members of the E-EEAC once served on that EPA advisory committee, which had contributed to policy analysis for 25 years as part of the EPA’s science advisory board system.

A central issue in the report is that of “co-benefits” — benefits the American people gain that are not the main focus of a given rule. In the case of EPA’s rule limiting mercury pollution from power plants – called the Mercury and Air Toxics Standards (MATS) — tens of billions of dollars in public health benefits were estimated to come from the associated reduction in particulate matter – tiny pieces of matter less than 2.5 micrometers in size that are a hazard to human health.

Office of Management and Budget (OMB) policies and EPA guidance say co-benefits should always be considered when analyzing the effects of proposed policies. And a 2017 OMB report to Congress specifically notes that co-benefits from reducing fine particulate matter emissions should be included in assessments of the benefits and costs of regulations, and cites the MATS rule as a specific example.  But EPA’s proposed mercury rule omits any consideration of co-benefits, including reducing particulate pollution.

Further, the proposed mercury rule doesn’t even count all health benefits from reducing mercury pollution. The proposed rule considers only one health benefit: the impact of reducing mercury pollution from power plants on protecting the IQs of children whose families catch and eat freshwater fish. EPA’s proposed rule does not consider wider effects from power-plant mercury that bioaccumulates in seafood. It also fails to account for mercury’s harmful effects on the human cardiovascular system, and the fact that other studies find billions of dollars in additional public health benefits from reducing power plant mercury pollution, primarily from avoided heart attacks.

“When economists conduct a cost-benefit analysis of a government policy, we need to look at everything that changes because of that rule. We know we are better off as a society if we look at everything that changes and find that the positive impacts outweigh the negative impacts,” said Joseph E. Aldy of Harvard University. Aldy and Kotchen co-chair the E-EEAC MATS Review Committee that produced the report.

“When it comes to controlling air pollution, the market doesn’t work on its own,” Aldy said. “I can’t go to the corner drugstore and buy good air quality. But if I could, I wouldn’t be shopping for protection from mercury only. I would want better air quality all around — healthier air, period. We need to look at the entire picture of air quality. Americans want good public health measures in place, and they are willing to pay for them. And the best evidence suggests the MATS rule is a good deal.”

The report — titled Report of the E-EEAC Review Committee on the Proposed Changes to the Federal Mercury and Air Toxics Standards — also faults the proposed EPA rule because its cost-benefit calculations are based on a coal-intensive electricity forecast made in 2011, rather than on the cleaner mix of fuels used to generate electricity in 2019. EPA’s calculations assume about half of the country’s electricity is generated by coal plants. But by last year, coal’s share of generation had fallen to about 27%, primarily reflecting cheap natural gas, major wind and solar investments, and lower-than-expected demand for electricity. This affects both the cost side and the benefit side of the equation.

Since EPA developed the MATS rule, the electric power industry has invested in reducing mercury pollution, and over the past decade has succeeded in cutting mercury emissions by almost 90%. The industry’s trade group, the Edison Electric Institute, has spoken out against EPA’s proposal to undermine the MATS rule.

The EPA is expected to release a final rule on mercury pollution from power plants by the end of the year.

About the UCLA Luskin Center for Innovation