Droughts are already a recurring feature in California, and climate change will make water supplies even less reliable. Changes in procuring water supplies will impact not only water agencies and household water bills, but also the energy grid. To prepare for these shifts, we need a more resilient, local water supply. Multi-pronged strategies to achieve this include decreasing imported water demand through water conservation or local markets and increasing local water supply through water recycling and expanded capture and use of stormwater.

The Luskin Center for Innovation (LCI) conducts research to expand local water opportunities, such as through the following projects. 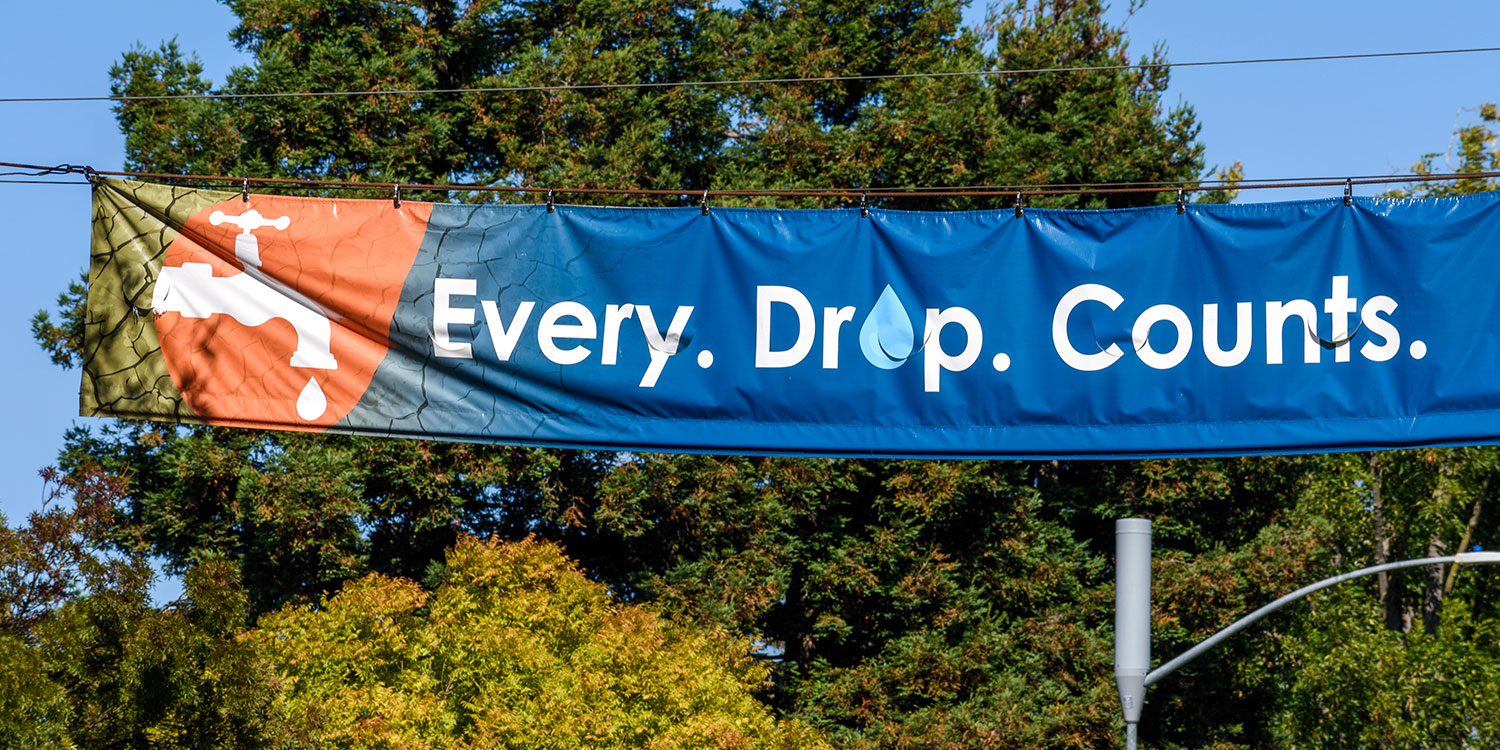 Managing stormwater is an important task for cities, and some methods to do so are “greener” than others. This study examines how local water professionals choose among different stormwater management options. In particular, what leads them to prioritize green infrastructure stormwater management options that provide wider benefits to ecosystems and society (such as rain gardens)? This survey of stormwater professionals from Cleveland and Denver revealed two patterns. First, water managers’ top priorities align with federal requirements for their cities. Second, managers’ other priorities align with their personal values. The upshot: the local leaders who most value the environment are most likely to choose “green” stormwater options that further urban greening goals.

Who is making decisions about local tap water systems? To improve water governance transparency, we launched the Los Angeles County Water Governance Mapping Tool, in collaboration with the Water Foundation. The interactive tool lets users find out about water cost and affordability, system safety and quality. It also shows who is making decisions about local resources, including their demographics to how much they’re paid. The information the tool provides can help communities advocate for just, equitable access to clean and affordable drinking water — and move into decision-making roles themselves.

Wildfire and Water Supply in California: Advancing a Research and Policy Agenda

Recent years have shown that wildfires can have complex and severe effects on water systems. This report brings together insights from 23 water and fire experts to answer a critical question: How can California proactively protect its water supply from fires? By compiling and building on the results of a 2021 workshop, the report presents recommendations to help build understanding of the complex relationship between fires and water systems. This project was a joint effort by LCI and the UC Division of Agriculture and Natural Resources’ California Institute for Water Resources; it was funded by the U.S. Geological Survey through the California Institute for Water Resources.

Enhancing the Resiliency of LA’s Water Supply through Recycling

LCI is supporting what is expected to be one of the largest water project of the 21st century for Southern California. Mayor Eric Garcetti has pledged that the City of Los Angeles will recycle all of its wastewater by 2035 and use it to reduce the need for imported water supplies. Following this groundbreaking announcement in 2019, Los Angeles committed to recycling all of the wastewater that it manages at the Hyperion Water Reclamation Plant (WRP) by the year 2035, with the goal of using it to replenish local groundwater reserves that supply customers. The Hyperion WRP is the largest wastewater facility west of the Mississippi and currently manages 260 million gallons of water per day, the majority of which is currently dumped into the Pacific Ocean after treatment.

We are assessing the proposed Hyperion reuse and groundwater development project and estimating the value of benefits for ratepayers. These benefits include avoided future costs in the event of droughts and seismic activity, which can impact the delivery of imported water. The Los Angeles Department of Water and Power has commissioned this LCI study, as part of UCLA’s Sustainable Grand Challenge.

UCLA has an ambitious goal for Los Angeles County: 100 percent locally-sourced water by 2050. Currently, the vast majority of the region’s water is piped in from hundreds of miles away, but new recycled water supplies could change that. With a grant from the UCLA Sustainable LA Grand Challenge, LCI is exploring a strategy to help community water systems in Los Angeles county collaborate to better utilize local water through both trading and storage.

Water systems vary greatly in their access to resources, like groundwater aquifer storage, wastewater flows, and complementary infrastructure. Increasing constraints on existing water supplies will exacerbate these differences; some systems will have access to abundant, lower-cost local water while others will face scarcity. This inequity creates the opportunity for optimum regional water management through trading. Through water sales, those systems with abundant supplies could cost-effectively provide for their own users and those in scarcity, all while generating a new revenue stream and incentivizing conservation.

LCI researchers expect that achieving greater local water reliance through trading could result in significant cost and water supply benefits for both water agencies and households.

In the face of climate variability and droughts, California cities are increasingly seeing the value in developing local recycled water. In Southern California, where a significant portion of water supplies are imported, water recycling reduces the need to transport water long distance. However, energy intensive technologies and jurisdictional limitations may overshadow this benefit and present expensive challenges.

The California Energy Commission, in concert with the U.S. Department of Energy and the U.S.-China Clean Energy Research Center, awarded LCI part of a $1.1 million grant to study the energy intensity of recycled water production. Specifically, LCI researchers analyzed advanced water recycling for direct potable reuse and found that this strategy could meet up to 57% of the water needs in Los Angeles County, while providing statewide energy savings. Additional analyses have also considered how electricity cost and greenhouse gas emissions may influence policy decisions around recycled water provision.

This study has already begun to inform engineering decisions at the city level and it is being iteratively improved to inform policy decisions for both the state’s water and energy decision makers as they invest in and develop new regulations for advanced water recycling.

Water-scarce urban areas in California lose billions of gallons of fresh water each year as rain washes into storm drains and out to sea. A nearly $2 million grant-funded project seeks to transform University of California campuses into living laboratories that show how urban stormwater can safely augment water supplies and minimize flood risk. Through the research team is developing the science, engineering, and policy innovations needed to usher in a new era of treating stormwater as a resource rather than a liability.

Gregory Pierce, associate director of research for LCI, is part of a research team comprising faculty, staff, and students from all five southern University of California (UC) campuses that received the grant from UC’s Multi-campus Research Programs and Initiatives. Their role on the larger team is to examine how universities compare to cities in terms of governance and financial capacity to invest in green infrastructure, and how to overcome barriers in capacity to enhance stormwater capture more broadly. The work includes a comparative analysis of how various cities are approaching stormwater capture and management, and why.

Researchers used data accumulated from 2009 until 2015, during which time the City of Los Angeles spent more than $42 million on the turf replacement program. In partnership with the Metropolitan Water District, the city issued rebates for 15 million square feet of turf, saving approximately 66,000 gallons of water a year. To assess the economics of lawn replacement from the household perspective, the report measured the impact of different rebate levels, turf replacement costs, climate zones, and future expected water pricing on household financial benefits. Rebates of $1.75 result in a payback period for typical households and ratepayers of approximately 10 years, comparable to other investments such as solar. The report also calculated the payback periods for ratepayers based on varying levels of household participation in the turf replacement program and different levels of rebates.

The reuse of graywater has emerged as an important sector in water reuse, especially in arid regions. Defined as domestic wastewater not originated from toilets (e.g., generated from hand-washing sinks, showers, bathtubs, and washing machines), graywater can often be reused onsite without treatment for subsurface irrigation while above-ground water reuse is often allowed only when treatment is provided.

In a related study also involving LCI, researchers performed a cost-benefit analysis of onsite graywater recycling in single-family and multifamily residences, using Los Angeles as a case study. The authors compared a low-cost, wetland treatment system with a high-cost commercial treatment system in order to evaluate cost savings. The researchers found that commercial treatment options may be economically feasible only for multi-family dwellings with high water consumption. For single-family residences, a wetland treatment system was found to be cost-effective based on the amount of non-potable water generally consumed by these households.